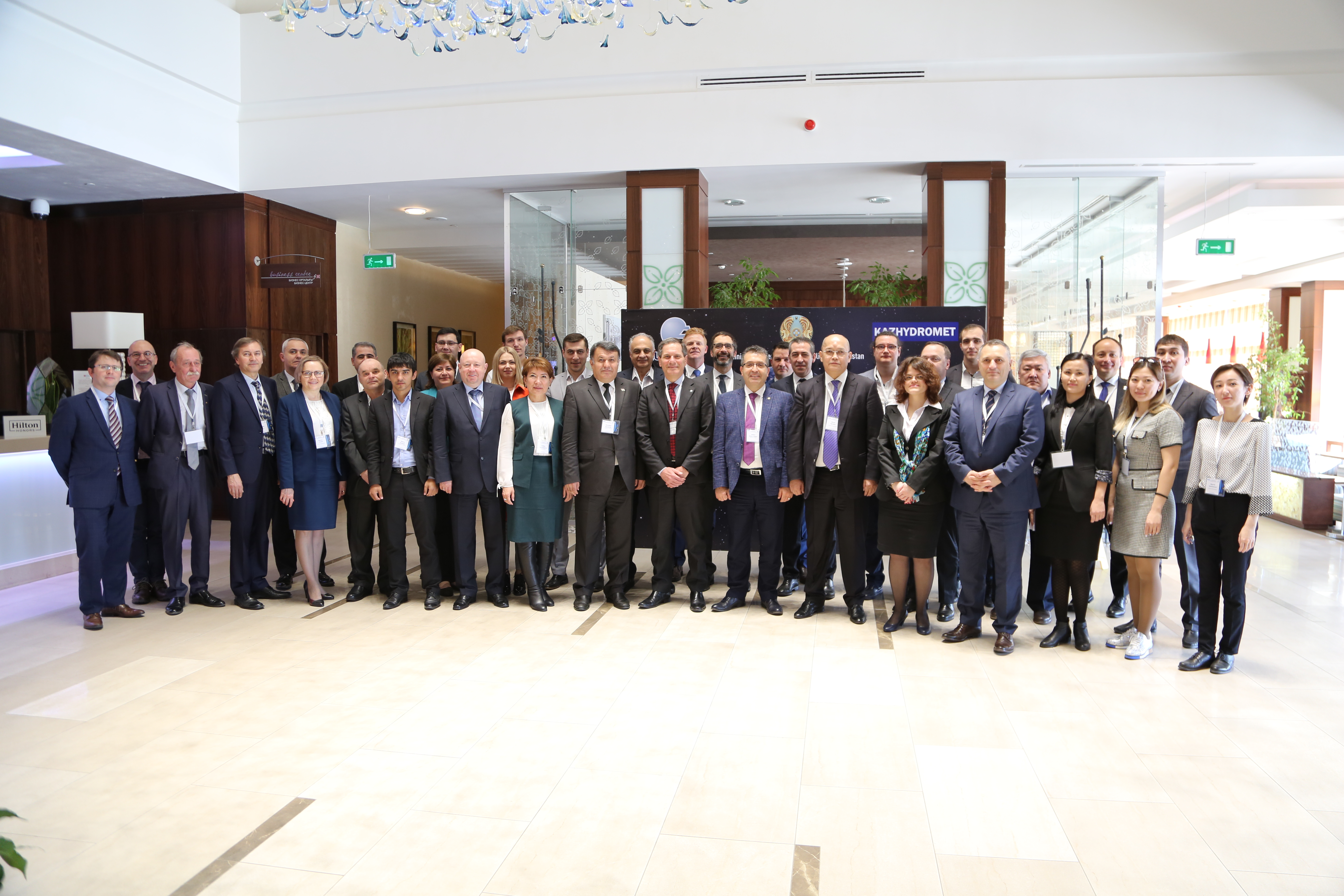 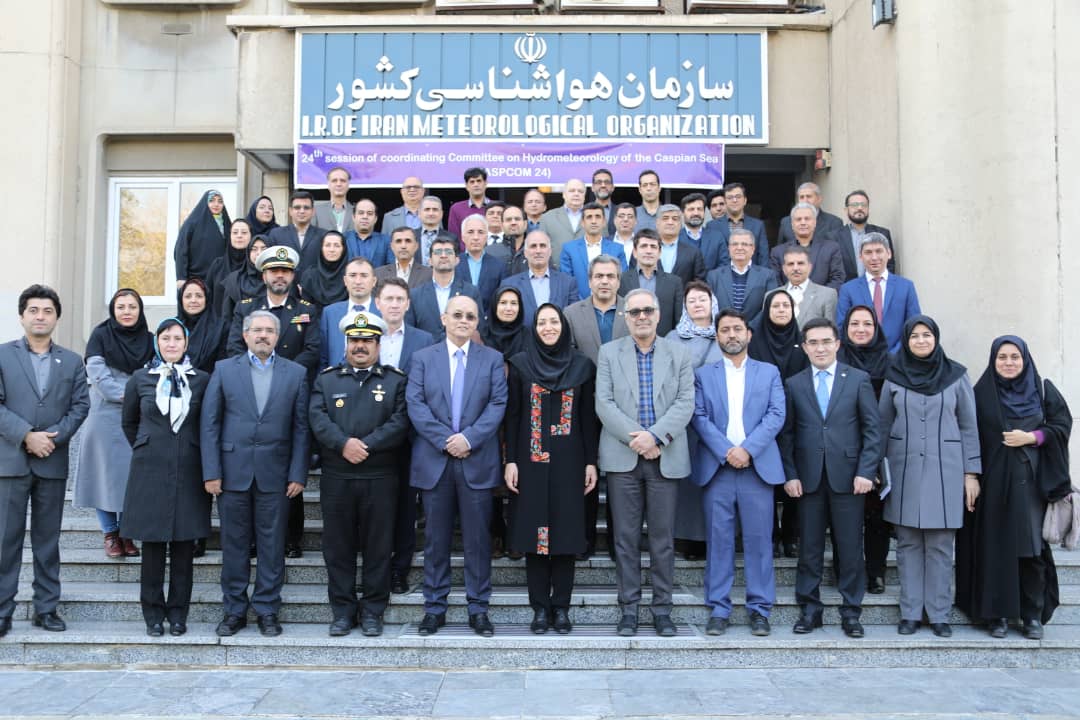 International cooperation with National Hydrometeorological Services is carried out within the framework of bilateral and multilateral Agreements, Memorandaums, cooperational Programs and Protocols.

Main courses of international activities of the National Hydrometeorological Service of the Republic of Kazakhstan (RSE «Kazhydromet»):

- Collaboration within international organizations and conventions;

- Cooperation on the Caspian sea, including the Coordination Committee on Hydrometeorology and monitoring of Caspian sea pollution (CASPCOM);

- Multilateral collaboration within the framework of the Interstate Council for Hydrometeorology of the CIS countries;

- Collaboration with ECMWF, CAREC, USAID, and the World Bank;

- Involvement into the activity of other international organizations and conventions.

WMO is a specialized agency of the United Nations (UN) with 193 Member States and Territories. It is the UN system's authoritative voice on the state and behaviour of the Earth's atmosphere, its interaction with the land and oceans, the weather and climate it produces and the resulting distribution of water resources. Read more on https://public.wmo.int.

The Republic of Kazakhstan (RoK) joined to the WMO Convention by Resolution No. 296 of the Cabinet of Ministers of the RoK dated on April 13, 1993. RSE «Kazhydromet» as the representative of the RoK with WMO participates in all its main programs and projects in meteorology, climatology and hydrology fields.

Hydrometeorological data is transmitting to the global and regional centres for an international data exchange.

The representatives of Kazhydromet participate on the Sessions of Regional Associations (RoK belongs to RA II and VI according to the territorial affiliation), global conferences, workshops organized by WMO and expand exchange of international experiences with member countries of WMO.

The Interstate Council for Hydrometeorology (ICH for CIS countries) was established in February 8, 1992 in accordance with the Agreement about interacting in Hydrometeorology. ICH for CIS countries was created to solve the tasks of timely receipt and use of hydrometeorological information, which is required for prediction of hydrometeorological processes, their impact on the environment, timely informing and warning management bodies and population, and effective use in the Economic and Defense sectors of the Commonwealth member States. Read more on https://cis.minsk.by.

In September 29, 2014, at the summit of the heads of the Caspian States was signed an Agreement on cooperation in Hydrometeorology of the Caspian sea which has been entered into force in January 31, 2016.

The purpose of the cooperation is to ensure the safety of navigation and other activities in the Caspian sea basin and coast that depend on changes in weather and climate. Read more on http://www.caspcom.com.

In November 2018, Kazhydromet RSE signed a License Agreement with EUMETSAT for the period 2019-2021. Within the framework of this Agreement EUMETSAT provides to Kazhydromet with high-precision satellite images, pro bono.

Also, under this Agreement in April 10-11, 2019 in Nur-Sultan was held international conference «Informational day EUMETSAT»  for the countries of Central Asia, Eastern Europe and the Caucasus.

EUMETSAT –  is an intergovernmental organization founded in 1986 which aims to create and operate the European meteorological satellite system by launching satellites and providing digital data of weather to end customers, as well as performing operational monitoring of climate change on the planet. Read more on  https://www.eumetsat.int/website/home/AboutUs/WhoWeAre/index.html.