The Republic of Kazakhstan occupies a territory with an area of 2,724,902 square kilometers. The share of mountains and foothills, where mainly villages form and cause damage, accounts for about 13% of the territory. In the south of Kazakhstan there are mountains Mangystau, Ugam ridge, Talas and Kirghiz Alatau; in the southeast - Ile and Zhetysu Alatau; in the east - Kazakhstan Altai and Tarbagatai. Mudflows can form in other mountainous regions of Kazakhstan, but there is no reliable information about mudflow activity in these territories. However, the human factor can lead to the fact that mudflows can form in deserts. 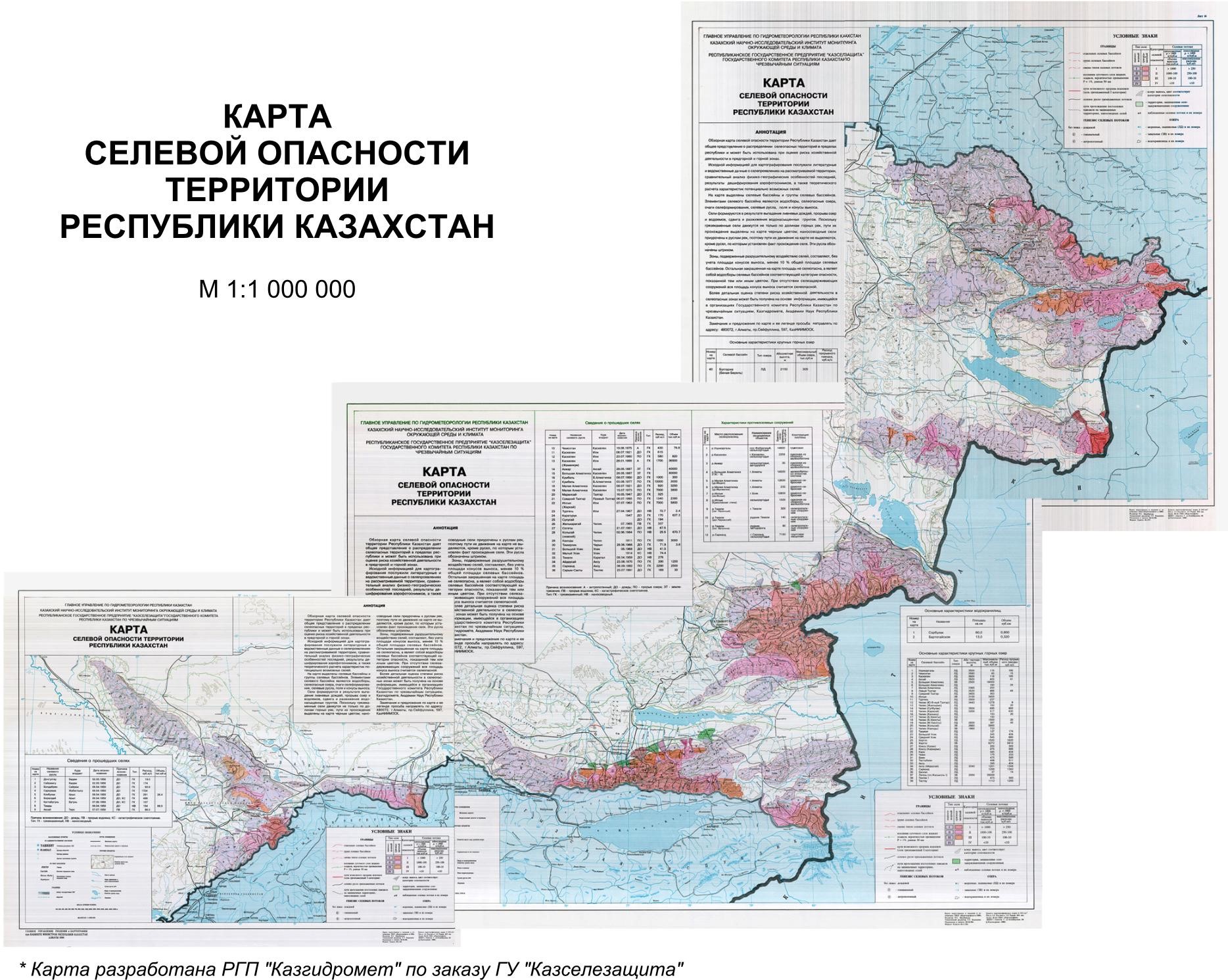 According to the State Institution "Kazselezashchita, over the past 80-90 years, about 800 mudflows of various genesis and power have been formed in the mountains, some of them were catastrophic. The most active in the mudflow relation is the central part of the Ile Alatau.
In the mountains of Kazakhstan, mudslides can be caused by the precipitation of intense prolonged rains; the breakthrough of reservoirs (surface and sub-terrestrial) on moraine-glacial complexes; earthquakes; landslides that transform into fast-flowing streams; landslides that can displace water from lakes or create explosive dams on mountain rivers; human activity (violation of soil and vegetation cover on mountain slopes, uncontrolled irrigation of gardening plots on mountain slopes, etc.); avalanche-like destruction of ice cover on mountain rivers, formed when the air temperature drops sharply in the autumn-winter period.
The territory of mountains and foothills by its natural features is considered to be the most suitable for permanent residence, therefore the population density is higher here, more than 1/3 of the country's population lives.